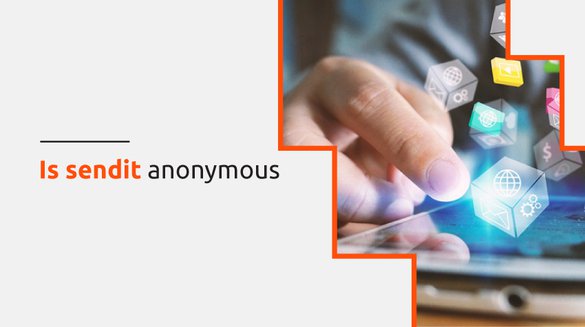 Sendit is a Snapchat add-on

Sendit is a social networking app that integrates with Snapchat and provides anonymous messaging capabilities. It encourages users to ask questions and share feedback, while preventing bullying and harassment. The app also allows users to create and share Snapchat Stories. Unfortunately, some users report that predators use Sendit as a platform to start conversations. Parents should be wary of this risk and discuss it with their children before allowing them to use the app.

To use Sendit, users must have parent permission. The app allows users to send anonymous messages to friends, but it is not recommended for children under the age of 13. Parents should make sure that they have consented to allow their children to use the app. The app connects to Snapchat and allows users to send personalized stickers to their friends. It also allows users to ask questions anonymously through Snapchat, and has a 4.8-star rating in the Apple app store, with nearly 60,000 reviews.

The popularity of anonymous messaging apps such as Sendit has sparked a debate over whether the features of this type of application are actually safe for children. While the anonymity of this kind of app does make it safer for children, there are also risks involved. For example, children may be more vulnerable to bullying and harassment, if their messages are not filtered by adults. However, there are ways to make anonymous messaging safer.

For one, children should be taught to be cautious when using anonymous apps like Sendit. While it is possible to block others and remain anonymous, they should be reminded that anonymous messaging can lead to a number of risks, including exposing their identities to scammers and bullies. They should also be taught to refrain from providing personal information to anyone – even if it’s anonymous.

While the concept of anonymity is appealing, sending anonymous messages on social media apps is not completely safe. In fact, many people create fake accounts on sites like Facebook and send nasty messages to their victims. While Sendit does not allow people to see other people’s identities, it is a free app that allows users to communicate anonymously with friends. However, parents should be aware that teens can misuse these apps.

The Sendit app has been gaining traction with users. While it is not an official Snapchat competitor, it has a range of teen-friendly features, including anonymous Q&As and Lens games. The company is also a partner in the Snap Kit program, which allows third-party developers to build Snapchat experiences for their users.

It’s not safe for kids

Parents need to be aware of the dangers of Sendit, an anonymous messaging application. Although it is a popular alternative to other messaging apps, this app isn’t safe for kids. It can be used by teens to communicate with one another, so it isn’t appropriate for younger children. This app has several similar features to other popular social media apps, such as Snapchat. Parents should be aware of the dangers of using anonymous messaging apps, and monitor their children’s activity when using the app.

The app’s website is a warning sign that the app is not safe for kids. The website features paragraphs about safety protocols, and the company promises to remove any inappropriate content. While it doesn’t require age verification, the website does state that it is intended for users over the age of 17, so it’s not an ideal place for younger children. The website also suggests reporting bullying to an adult or trusted adult.

It has safety requirements

Although Sendit offers anonymous messages, you need to be aware of the risks associated with using the app. Even though it can be a fun way to communicate with friends, it can also expose vulnerable users to dangerous content. This is why Sendit has safety requirements that should be met before you let your kids download and use the app.

First and foremost, you should only use Sendit with people you know and trust. If you come across a bully or other person who is harassing you through the app, report them and block them. You should also avoid engaging with them if possible.